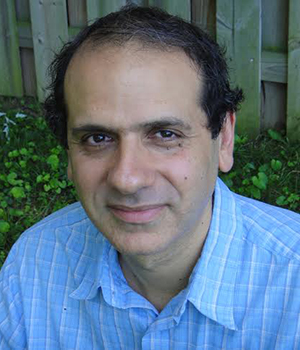 Daniel Spiro wears many hats.   He is a practicing attorney who has devoted virtually his entire career to investigating and litigating against corporate fraud.   He coordinates the Washington Spinoza Society.   In addition to serving as the President and a co-founder of the Jewish-Islamic Dialogue Society of Washington, he is active in other Jewish-Islamic partnerships in the D.C. area.   He is the author of numerous essays and three published books, including Liberating the Holy Name, which is a work of theology, and Moses the Heretic, a novel that focuses largely on the conflict between Israel and Palestine.   Mr. Spiro has been active for years in the movement for peace in the Middle East and his desire to help foster peace between the Jews and Palestinians was one of the reasons that inspired him to found JIDS back in 2008.  You can read more about Daniel on his website, www.danielspiro.com. 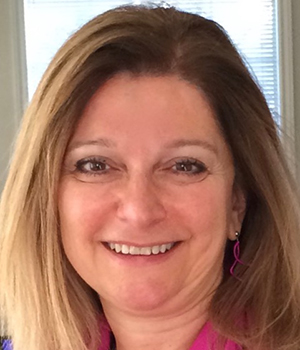 Fatima Argun is a strategy consultant, visionary, community activist and advocate focusing on interfaith engagement, dialogue and women’s empowerment. Her career includes work at senior levels in international marketing, strategic planning, management consulting and business development, with government, corporations and NGOs to support leadership development, capacity building and corporate social responsibility. As a longtime Arlington resident, Ms. Argun serves her community in a leadership capacity as a member of the Arlington County Democratic Committee (ACDC) Steering Committee, Chair of the Interfaith Outreach & Advocacy Caucus, and a 2020 Biden Delegate to the DNC; Lee Highway Alliance Community Advisory Council, and numerous boards including the Mid-Atlantic Facilitators Network, JAMAAT and the Center for Pluralism. She is a co-leader and co-founder of the Arlington chapter of Sisterhood of Salaam Shalom, a Jewish-Muslim women’s peacebuilding group.

Ms. Argun received her MBA from the Johns Hopkins University and studied conflict management at the School for Advanced International Studies (SAIS); the United States Institute of Peace, and USAID. Ms. Argun also holds a MPA in Public Affairs from the Lyndon Baines Johnson School at the University of Texas-Austin, and has studied at the Sorbonne in Paris, France. Ms. Argun is proficient in Turkish, and is conversant in French. View Fatima’s moderation of the September 2020 Muslims, Jews and American Politics dialogue. 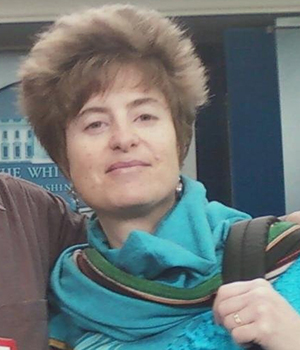 As the daughter of cultural anthropologist parents who spent a good part of her childhood in a Balkan village, Ms. Halpern has always tried to understand differing perspectives. She studied in Moscow in what was then the Soviet Union as a college student and began her career in the early 1980s working for the Joint Distribution Committee in Rome and Israel with Jewish refugees from the USSR. For the past several decades, her work as an analyst has focused largely on international development and global public health, primarily in sub-Saharan Africa. Grateful that she has been able to meet and listen to people from so many different parts of the world, Ms. Halpern has worked to build avenues of communication and trust. She has been a JIDS member and stalwart from close to the inception of the organization, and is currently an active member of another interfaith group, Sisters of Salaam-Shalom. She has also worked with a number of organizations devoted to bringing peace between Palestinians and Israelis and has brought speakers on this issue to her synagogue, Adat Shalom in Bethesda, and to the greater DC area. View Kay Halpern’s presentation at the April 2020 Between Passover and Ramadan dialogue. 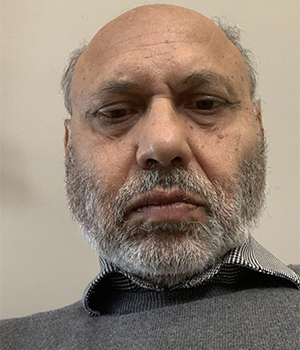 Kamal Mustafa was born in India and is now a U.S. Citizen. Educated as an electrical engineer, he worked as a software engineer for different companies, owned a mortgage company, and current serves as a real estate broker and a paralegal.  Mr. Mustafa has been deeply involved over the years in studying different religious scriptures, including the scriptures of his own beloved Islam.  He is dedicated to respecting other faiths and building relationships among people of all faiths. View Kamal Mustafa’s presentation at the April 2020 Between Passover and Ramadan dialogue. 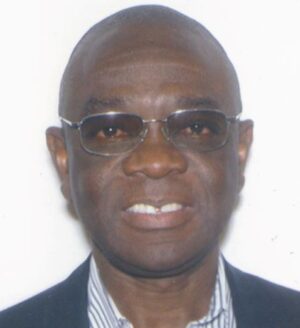 Kassim Kano, a C.P.A., is the Managing Partner of Kano & Associates, an accounting firm based in Manassas, Virginia.  He is also an Adjunct Accounting Instructor at the Northern Virginia Community College, having served in a similar capacity at Strayer University.    Mr. Kano’s past accounting positions include serving as Controller at Farmworker Health Services, Inc., of Washington, D.C., and as an Auditor with the Virginia Department of Taxation.

Mr. Kano’s interests include: reading; spectator sports; and keeping abreast of developments in the areas of technology, world affairs, economics and finance.

Mr. Kano holds a B.S. in Accounting from Shaw University and an M.B.A. from Campbell University. 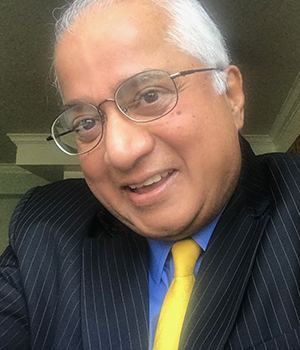 Dr. Mike Ghouse is home with people of different faiths, races, cultures, ethnicities, sexual and political orientations.  He doesn’t consider anyone to be his enemy, nor does he have bias towards anyone. He respects the otherness of the other, and accepts the God given uniqueness of each one of the fellow humans. He sees others concerns and offers pluralistic solutions on issues of the day.

He is committed to foster a cohesive environment for the effective functioning of the organizations or societies.

Dr. Ghouse is the President of the Center for Pluralism committed to building cohesive societies, where every one feels secure about who he or she is.

He is a frequent guest on National TV and Radio and has a strong presence in social media. Dr. Ghouse is a thinker, author, newsmaker, human rights activist, interfaith wedding officiant, and a Public Speaker. 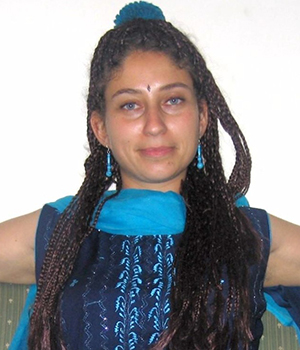 Born and raised in Moldova, former USSR, Ms. Libkhen became a naturalized US citizen in 2000.  Since then she earned a BS in Computer Science; developed a few boring yet very important applications for a leading Wall Street firm; studied hip-hop and African dance in NYC; kathak, yoga and Ayurveda in India; joined the Federal government work force in Washington DC; and earned an MA in Global Security from Johns Hopkins university.

Ms. Libkhen is passionate about traveling the world and getting to know it through connecting with local people, their culture, folklore, traditions and cuisine.   Ms. Libkhen’s dream is to create a community of women of all faiths dancing for peace together. View an interview with Anna. 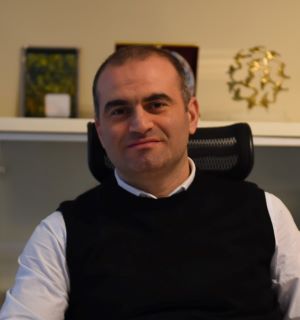 Ibrahim Anli received his bachelor degree in Economics from Istanbul University in 1999. He worked at the Rumi Forum in Washington DC from 2003 to 2004. Mr. Anli completed the MA program in Conflict Analysis and Resolution at Sabancı University in Istanbul in 2007. During the academic year of 2007-2008, he was a visiting graduate student at the Hebrew University of Jerusalem where he studied Hebrew and conducted research on conflict. Mr. Anli joined the Journalists and Writers Foundation’s (JWF) Ankara office as diplomacy coordinator in 2010. In 2013 he became the secretary general of Abant Platform, JWF’s Istanbul based forum of intellectuals, and worked at that position until July 2016. During the academic year of 2016–2017, he was a full time lecturer and acting chair at the International Relations and Diplomacy Department of Tishk University in the Erbil, Kurdistan Region of Iraq. Mr. Anli is currently the Executive Director of the Rumi Forum. View Ibrahim Anli at the April 2020 Between Passover and Ramadan dialogue. 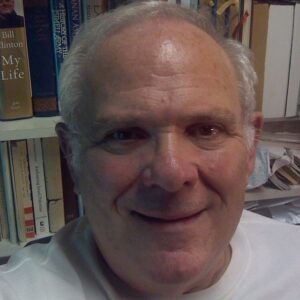 Ira Weiss is a neurophysiologist by profession, now retired after 30+ years at Children’s National Medical Center in Washington DC.  He grew up on the lower east side of New York City where he attended an orthodox yeshiva through elementary school.   He then attended Stuyvesant High School,  MIT, CCNY and Syracuse University, where he received his PhD.

For the last 20 years, Mr. Weiss has been active in programs and organizations related to interfaith activities and the Palestinian-Israeli conflict.  In 1999, he helped found an NGO called Projects Encounter which brought Palestinian and Israeli high school students to Spain for summer coexistence workshops. He subsequently developed a 16-hour adult education course called History of the Arab-Jewish Conflict: Parallel Narratives Never Meet, which he has taught in several venues in the Washington DC area.

In addition to serving on the board of JIDS, he also serves on the board of New Story Leadership, an organization that brings young Palestinian and Israeli potential leaders to Washington DC for leadership training and a coexistence experience. 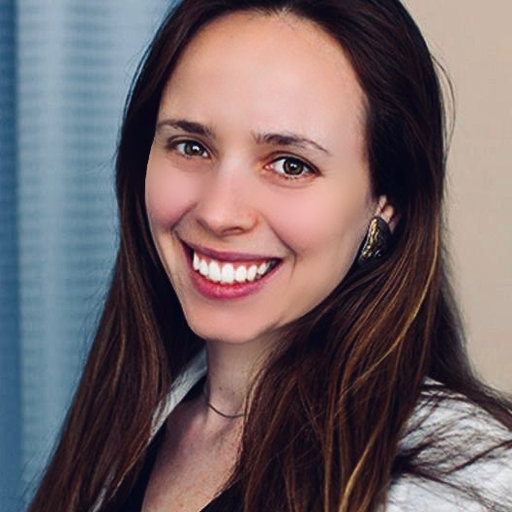 Dr. Veronica Slootsky, MD is a local psychiatrist who was born in the former Soviet Union. She has volunteered with Project Rozana and several other interfaith initiatives.  She is a millennial and has worked for years to bring meaningful dialogue to Muslim and Jewish communities across our region.

Hamza Khan is a local activist and longtime interfaith advocate. He began his interfaith work at 13 right after 9/11, and has served on the boards of a local mosque, several Muslim organizations, and was once the president of the Jewish fraternity, Alpha Epsilon Pi. He minored in Judaic Studies in college, and worked on several international initiatives to bring peace between Israel and the Arab World.